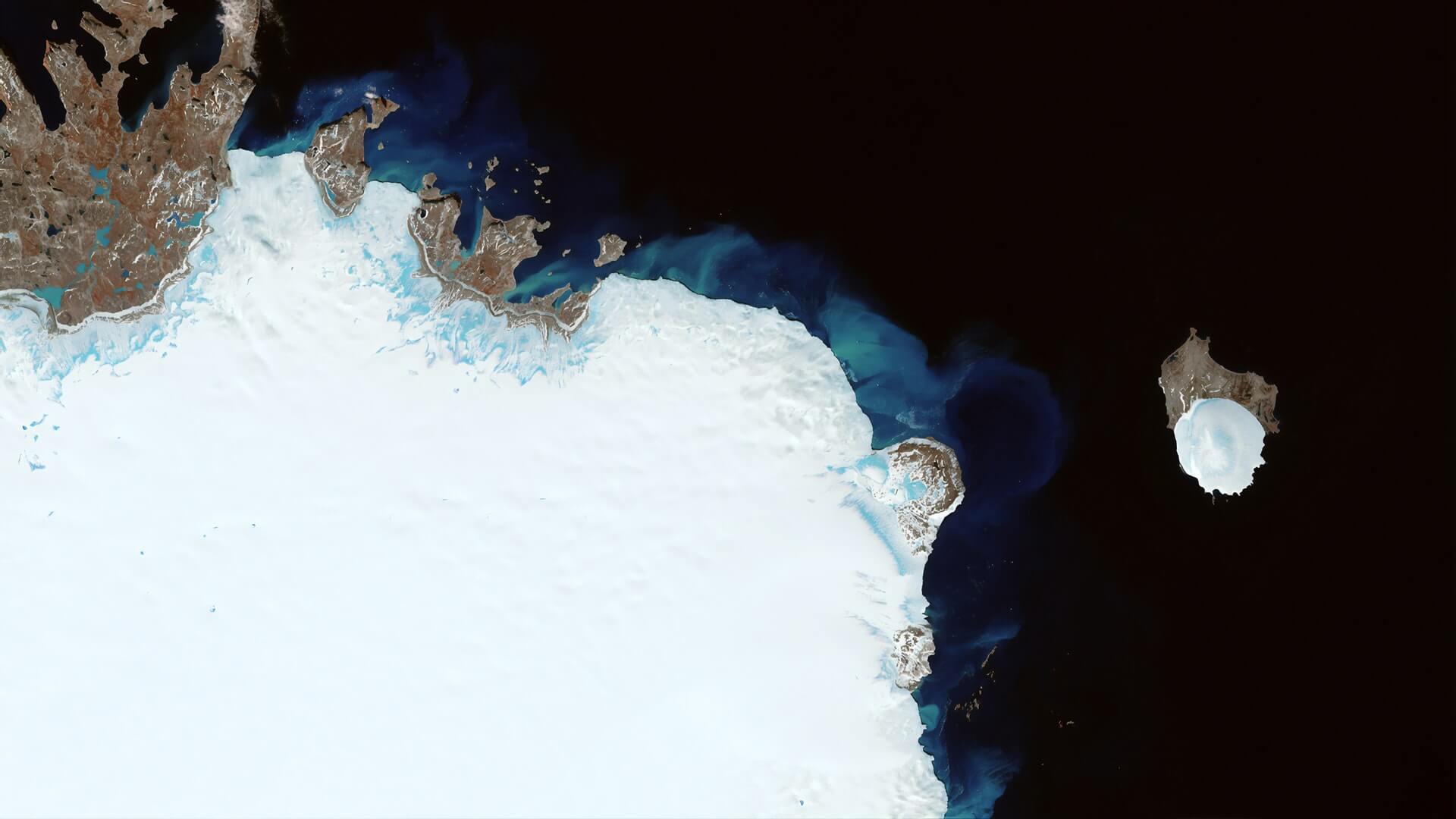 At the COP26 Climate Change Conference, held in Glasgow in November 2021, 120 world leaders and over 40,000 participants came together to discuss global climate action. Their goal? To cut greenhouse gas emissions and revisit pledges made under the 2015 Paris Agreement. The Paris Agreement’s main objective was to limit global warming to “well below” 2 ° C, and preferably to 1.5 ° C, compared to pre-industrial levels.

Ultimately, world leaders agreed to address issues such as fossil fuel subsidies, deforestation, methane emissions, and the transition to clean energy, with an aim to reach net zero global emissions by mid-century (the year 2050).

Politicians aren’t the only ones making net zero pledges. Private sector leaders also have an important role to play in the fight against climate change, and many have made commitments of their own. For example, over 200 companies have recently signed onto the Amazon-backed Climate Pledgecommitting to achieve net zero carbon emissions at the company-wide level by 2040.

But what exactly does “net zero emissions” mean?

If you’re new to learning about climate change, it’s helpful to understand the basics before diving into the concept of “net zero.” Here are some useful climate science terms to know:

Earth’s average surface temperature has risen about 2 ° F (1 ° C) since the late 19th century. Most of this warming has occurred within the last 40 years. Ninety-seven percent or more of actively publishing climate scientists agree that this trend is likely anthropogenic.

Many human activities and industrial processes produce gases like carbon dioxide, methane, and nitrous oxide. These are known as greenhouse gases. Greenhouse gases trap heat in the atmosphere, which causes the planet to warm. This phenomenon is called the “greenhouse effect.”

A carbon footprint is the total amount of greenhouse gases produced by a specific activity, event, individual, group, or organization.

Since there are many types of greenhouse gases, it’s helpful to have a single way of standardizing them all. If you convert units of different greenhouse gases into the equivalent amount of carbon dioxide-based on each gas’ global warming potential (GWP), you’ll get units of CO₂e. This will allow you to express a carbon footprint using just one number, although the footprint may contain multiple gases.

Carbon offsets are a way for companies to mitigate their environmental impact by 1) measuring the number of metric tons (tonnes) of CO₂e they emit, and 2) compensating for those emissions by purchasing carbon credits.

Typically, purchasing a carbon credit involves contributing to a project that either reduces current greenhouse gas levels in the atmosphere or lowers future emissions. Some examples of carbon offset projects include planting trees, capturing greenhouse gases through technology, or transitioning to renewable energy.

Absolute zero is typically used to refer to sustainability strategies that emphasize emissions cuts and lifestyle changes as the primary means of fighting climate change.

What does not zero emissions mean?

The United Nations defines “net zero” as “cutting greenhouse gas emissions to as close to zero as possible, with any remaining emissions re-absorbed from the atmosphere, by oceans and forests for instance.” An effective net zero plan will typically involve emissions reduction, plus a targeted approach to carbon offsetting.

A research paper published in the scientific journal “Nature” explains how we can reach global net zero commitments. The authors state that to get to net zero:

Why is having net zero targets important?

Net zero targets can help us stave off the negative impacts of climate change. But to reach net zero by 2050, we’ll all need to pitch in – national governments, regional governments, companies, and individuals.

By combining emissions reduction strategies with carbon offsetting, organizations can take important steps towards preserving the health of the planet.

What is the Greenhouse Gas Protocol’s “scoped” approach to measuring emissions?

To reach your net zero goals, it’s crucial to understand how much your company is currently emitting. Not only is evaluating your business’ climate-related risk very important, but it may also be legally mandated.

In March 2022, the US Securities and Exchange Commission (SEC) announced it was considering passing legislation requiring all businesses to evaluate and disclose their climate risks. If the proposal is passed, publicly-traded companies will need to include a climate disclosure in their annual financial reports. They’ll need to disclose their Scope 1 and Scope 2 greenhouse gas emissions. Scope 3 emissions will also need to be included if “material” (that is, if people using the disclosure to make decisions would potentially be affected by their absence.)

The definitions of “Scope 1”, “Scope 2”, and “Scope 3” come from the Greenhouse Gas Protocol (GHG Protocol)an organization which supplies “the world’s most widely-used greenhouse gas accounting standards.”

Scope 1 emissions are “Direct emissions from owned or controlled sources.” These include any emissions produced from a company’s own property (for example, company vehicles or on-site manufacturing processes).

Scope 3 emissions are “all indirect emissions (not included in scope 2) that occur in the value chain of the reporting company, including both upstream and downstream emissions.” These include emissions produced by a company’s products, supply chain, or business travel.

According to McKinseyorganizations need to “define, execute, and evolve decarbonization and offsetting plans for Scope 1 and 2 emissions, and potentially expand those plans to include Scope 3 emissions” to meet the goal of global net zero by 2050.

How can the travel industry work towards meeting net zero goals?

Sustainable Aviation Fuel is produced from waste materials, such as used cooking oil or agricultural residues. It can provide up to 80% CO₂ emissions reduction compared to conventional jet fuel.

Today, many airlines and aerospace manufacturers are aiming to make greater use of Sustainable Aviation Fuel. According to the International Air Transport Association (IATA), over 370,000 flights have used SAF since 2016, and more than 45 airlines now have experience with SAF.

Other sustainable flight technologies are also being developed. For example, Airbus plans to create a zero-emissions, hydrogen-powered commercial aircraft by 2035, and a team at Oxford University is experimenting with a method to turn CO₂ back into jet fuel. One particularly exciting new technology is electric planeswhich may be rolled out commercially in the US as soon as 2026 (fully-electric flights have already successfully taken off).

Changes within the hospitality industry

Hotels, restaurants, and transportation operators are taking significant measures to become more sustainable. Some examples include:

Overall, hospitality establishments are working to become more energy-efficientreduce consumption, and make greater use of renewable energy. Some hotels around the world are now using solar panels, geothermal energy, hydro-electric generators, and biofuels to power their operations.

Carbon removal refers to removing CO from the atmosphere. This can be achieved through methods like afforestation (planting trees) or ocean alkalinization (adding alkaline substances to the ocean). It can also be achieved through technological solutions.

One promising type of carbon removal technology is direct air capture (DAC). DAC technologies remove CO₂ from the air. The CO₂ is then permanently stored in the ground or re-used elsewhere.

Airlines and travel industry groups are now partnering with direct air capture solutions. For example, United Airlines is making a multimillion-dollar investment in 1PointFive, a project to build an industrial-sized direct air capture plant in the US. In addition, the Tomorrow’s Air initiative is partnering with Swiss startup Climeworks to encourage world travelers to support carbon removal.

At the individual level, travelers can always opt for more eco-friendly methods of travel when possible. For example, a journey from London to Madrid would emit 118 kg of CO₂ (or 265 kg of CO₂e) per passenger by plane, but only 43 kg of CO₂ per passenger by train.

Since train travel is a highly sustainable method of transport, many regions are now taking steps to encourage it. The European Commission declared 2021 as the “European Year of Rail”. China has extensively expanded its rail network and the US plans to do the samewhile India is moving towards electrified rail and net zero carbon emissions by 2030.

At TravelPerk, we’ve created our GreenPerk program and GreenPerk API to help companies measure, reduce, and offset their business travel carbon footprint. Our reporting methodologies align with the TCFD framework, and allow you to easily track your business travel emissions from all sources. This will help you understand and disclose your Scope 3 emissions. You can then take action to reduce your emissions, and offset remaining emissions to meet your net zero goals by contributing to a VERRA-certified project through GreenPerk.

The Bus Driver Shortage is an Emergency — Human Transit