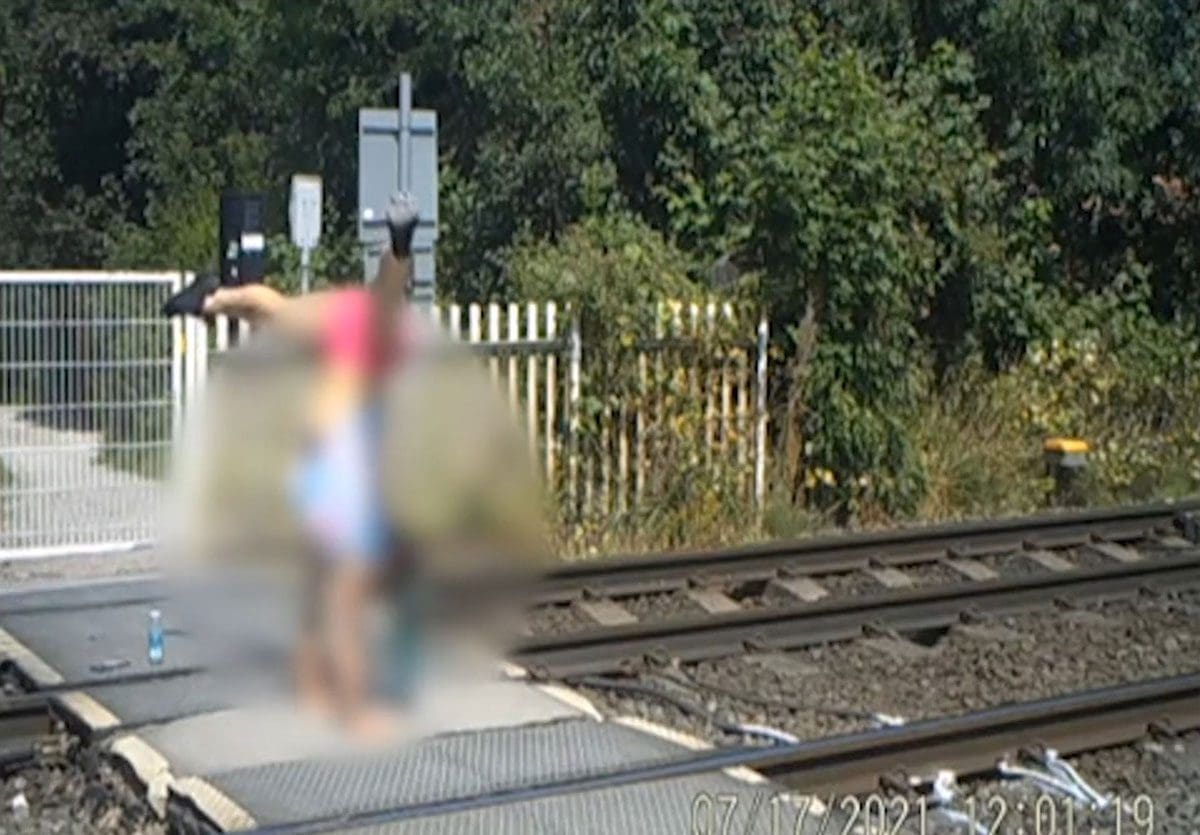 Network Rail has warned that the train is “not a photo opportunity” after CCTV footage shows two girls making a handstand in a level crossing at Nottinghamshire.

The incident occurred in Broxto, Nottinghamshire, on a track used by trains traveling at speeds of up to 80 mph. Police said the youths showed “blatant disregard for their safety and that of others”.

Several people were also photographed standing on the runway to take pictures, with one person lying down to be photographed.

A recent study on the crossing, located in the Attenborough Nature Reserve, recorded 22 examples of abuse in just nine days.

The network’s railway director, Gary Walsh, said: “This behavior in crossing the nature reserve level is absolutely shocking. The train is not a photo opportunity and is never safe to stop or turn on the tracks.

“The two girls standing in the hands are not fully aware of the dangers they are putting themselves in. This incident could have ended in tragic consequences for them as well as for their friends and family.”

Inspector Mark Clements of the British Transport Police said: “The people in these photographs clearly show a shocking and blatant disregard for their safety and others.

“Violation of a border is a criminal offense, it can lead to tragic consequences or life-changing injuries.

“We patrol regularly in this area and remind everyone of the importance of caring around the train and not trespassing.”

The handstand incident was filmed in July.

It was 12 months after a couple was caught on CCTV posing for wedding photos while standing on the runway at a level crossing near Whitby, North Yorkshire.

Network Rail said it is doing “everything we can” to improve safety at level crossings, but it needs communities to “work with us.”


She has launched a new program called Switch On to teach children about the dangers of the train and develop their awareness of the dangers.

Getting India E-Tourist Visa For France Citizens in 2021