Transportation For America Lemonade from lemons: Improvements worth celebrating within flawed infrastructure bill 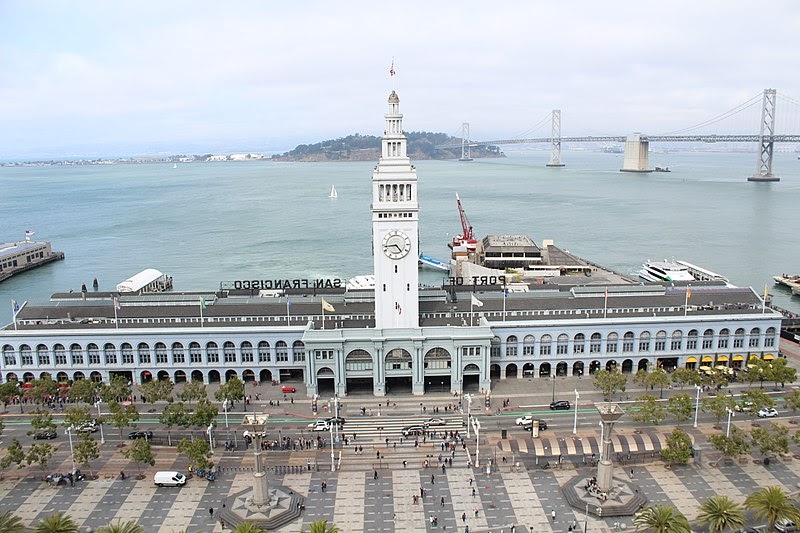 Lemon Lemonade: Improvements to Celebrate as part of a Defective Infrastructure Bill

Money from the finals An $ 1.2 trillion infrastructure deal It is already flowing out to countries and metro regions that connect it directly to projects that are already in progress and on the horizon. After coverage Six things the administration needs to do Instantly to maximize this incredible influx of unexpected cash, here’s a longer look at some of the law’s cumulative or notable successes, with the goal of equipping the administration and editors alike to direct that money to the best results.

If you are looking for good news in the Infrastructure Bill, the commuter train probably represents the most encouraging and exciting inclusion in the bill. Having been sadly neglected for the past 40 years, the passenger train is one of the biggest winners, receiving a historic investment that amounts to just north of $ 100 billion over five years. (All thanks to the Senate Commerce Committee’s impressive bipartisan work earlier this summer – read our much more detailed explanation of all the commuter train regulations here.)

This will provide significant opportunities to reshape the American passenger train in a transformative way. With peak investment, there are many opportunities to improve the safety and repair condition of existing rail infrastructure, make existing service more reliable and support a new and expanded passenger train service. Communities near a train and lacking interurban mobility options can connect their community with affordable intercity mobility and combine passenger train service with first and last mile community connections.

But these improvements will not happen automatically nor will they happen easily. The Biden administration, the Federal Rail Administration, Amtrak and others will have to be very aggressive in getting that money out the door and support state and local plans for those improvements to see the projects promised or mentioned in breathtaking news coverage. pass. If the administration fails in this section, it could turn out to be just like the Recovery Act of 2009, where money was inactive or even rejected by governors. On top of that, the railroads will oppose improvements in some places, just as they fought or negotiated in bad faith against the popular and political plan to rehabilitate the passenger train along the Gulf Coast.

In addition, Amtrak’s mission and governance structure have been adjusted to bring greater focus to expanding and improving the national network. For most of Amtrak’s existence, the mission of the passenger train service has been to justify investments with performance and to act to make a profit, regardless of cost to user experience, no matter that almost any other means of transportation fails to make a profit. It hampered innovation and the opportunity to build and maintain train riding. Small but significant changes in the Infrastructure Bill reorient Amtrek’s mission toward customer value and the importance of connecting these customers between urban and rural communities.

While the bill sets goals for the Amtrak board that better represents a variety of perspectives and communities across the Amtrak system, as noted last week, these slots should be filled immediately if the administration is serious about improving passenger train service. Take advantage of this funding and historic opportunity.

By renewing passenger train infrastructure and user experience, this bill could lay the groundwork for other future advances, including high-speed rail.

Connecting people to jobs and destinations

As we noted, the bill flows the bulk of the funds to those highway plans with few substantial changes. And countries are already responding to the hard-won flexibility and their historical cash amounts by charging on Projects planned or unplanned in the past. But there are some notable ways in which the bill recalibrates the long-term highway plan.

First, part of each country’s funding will go to new programs aimed at reducing carbon emissions, improving transportation system flexibility and easing congestion, in addition to existing money devoted to dollars to reduce congestion and air quality (CMAQ). Metro states and regions must now devote some of their planning funds to the planning and implementation of the entire streets. (2.5 percent of the dollars of each state’s state planning research and 2.5 percent of their metropolitan planning dollars.) This money will dwarf the hundreds of billions that go into streets and roads planned in the same old way, but it is a cumulative step toward raising active transportation and residential streets.

Within the largest funding coffers controlled by countries and metro areas (area transportation block grant program), the amount set aside for smaller but essential transportation projects like bike lanes, new sidewalks, school safe lanes and micro mobility has been increased from 1.5 percent to 10 percent. This bill also allows local municipalities to control more of this funding directly by increasing the 10 percent share in which they directly control from 50 to 59 percent.

Finally, while the $ 1 billion Reconnecting Communities program will be augmented by hundreds of billions of dollars from the highways the very problem this program seeks to solve, its inclusion is an important step toward repairing the damages of highway projects that deserve to be celebrated. For the first time, Congress recognizes the racist and harmful history of highway construction, lays the foundation for future efforts and also provides a way for supporters to emphasize how Some of the worst surpluses Of the past are Still happening today B Many urban areas. But the dedication of every federal dollar to the demolition of divisive infrastructure plus the means of connecting communities together is a vital step on the way to re-establishing the highway plan to serve people and communities with the transportation system.

Most of the headlines and coverage of the move have focused on the fact that it will receive historic investment levels over the next five years from the infrastructure deal. This is definitely good news, but it also highlights some important drawbacks.

First, unlike the Senate Commerce Committee on Commuter Trains, the Senate Banking Committee has never actually drafted a title beyond inclusion in the Infrastructure Bill. It maintained the status quo of the amber transition policy for the next five years. Second, while the House’s excellent INVEST bill has focused on trying to maximize transportation, frequency and access service, this bill has failed to correct the current priority of lowering costs regardless of impact on people in terms of service, commuters and access. To move. T4America is still asking Congress to redress this injustice as part of the budget compromise bill that is still in the process (Build Back Better Law), to ensure that public transportation, a backbone of our communities and a lifeline towards affordable housing opportunities, is properly funded. .

Third, while the $ 39 billion is a historic sum to move and many excellent projects will be built because of it, that amount should have been higher. $ 10 billion was cut from the original framework agreement of the infrastructure deal with the White House in June.

While we did not expect the Senate to increase the share of transit, the Infrastructure Bill did maintain the historic practice of devoting at least 20 percent to public transportation and did not reduce it. In a positive tone, the bill emphasized the improvement of the transit situation in the country, plus the improvement of transit accessibility through a grant program to repair transit stations for mobility and accessibility.

Although the Infrastructure Act continues to fund many conventional road and road extensions, digging us into an ever deeper pit of traffic loads and greenhouse gas emissions, it is also the federal government’s largest investment to date in adapting and protecting the climate and recognizing the severity of impacts. Of climate change already being experienced across America.

The new PROTECT program devotes $ 7.3 billion (about 2.9 percent of each state’s share of all highway funds) and $ 1.4 billion in competitive grants to strengthen and improve the resilience of the transportation network, including highways, public transportation, rail, ports and nature. Checkpoint infrastructure. Knowing where climate and weather-related events are likely to be worse is a crucial first step, and the National Oceanographic and Atmospheric Administration (NOAA) will invest $ 492 million in mapping floods and water models that can announce future planning and infrastructure investments.

The existing alternative fuel program has been expanded and recalibrated to focus more, though not exclusively, on zero-emission vehicles and related infrastructure. A new carbon reduction program will devote 2.5% of each country’s share of highway funds (about $ 6.4 billion in total) to supporting active transportation, public transportation, congestion pricing and other carbon emission reduction strategies. (Although The highway plan will continue to exacerbate emissions.)

All of this represents a positive first step in the federal recognition of the severity of the effects of climate change, but it is not yet increased to the level of risk we face, although we welcome Congress for taking a bipartisan step on climate change and we hope to see more.

When it comes to safety, a new, even large, federal safety plan is not what we need. Any transportation plan of more than $ 300 billion should be a safety plan, with safety for all users being the highest and ultimate consideration in each case for the body of each project. A transportation system that cannot safely transport people from A to B should be considered a failure, regardless of the other benefits it brings.

Against this background in the bill, there are key safety provisions that ensure a fairer shake-up for vulnerable road users. If injuries and deaths of people walk, ride bicycles or use assistive devices exceed 15 percent of all injuries and deaths in state traffic, then the state Should Dedicate at least 15 percent of the dollars in road safety improvement program to proven strategies to make these people safer and lower that share. It helps to put some teeth into highway safety funds to target investments where they are critically needed, as opposed to typical lip service and unfair investments sold as safety projects that really deal with increasing capacity, speed or other goals.

The new Street and Roads Safe for All program is a competitive grant program that allows applicants to seek funding for better planning and implementation of zero-vision strategies in their communities and regions. Once considered a niche concept, the Vision Zero safety frame has gained a certain status. For it to move into the mainstream, it will have to be basic to all the spending on highways.

Although this bill leaves a lot to be desired, there are still some notable changes that will begin to shape the direction of state, regional and local transportation plans. The key will be how to use them. In the coming weeks, T4America will highlight key opportunities for better management, delivery and design of the U.S. transportation program for future generations.