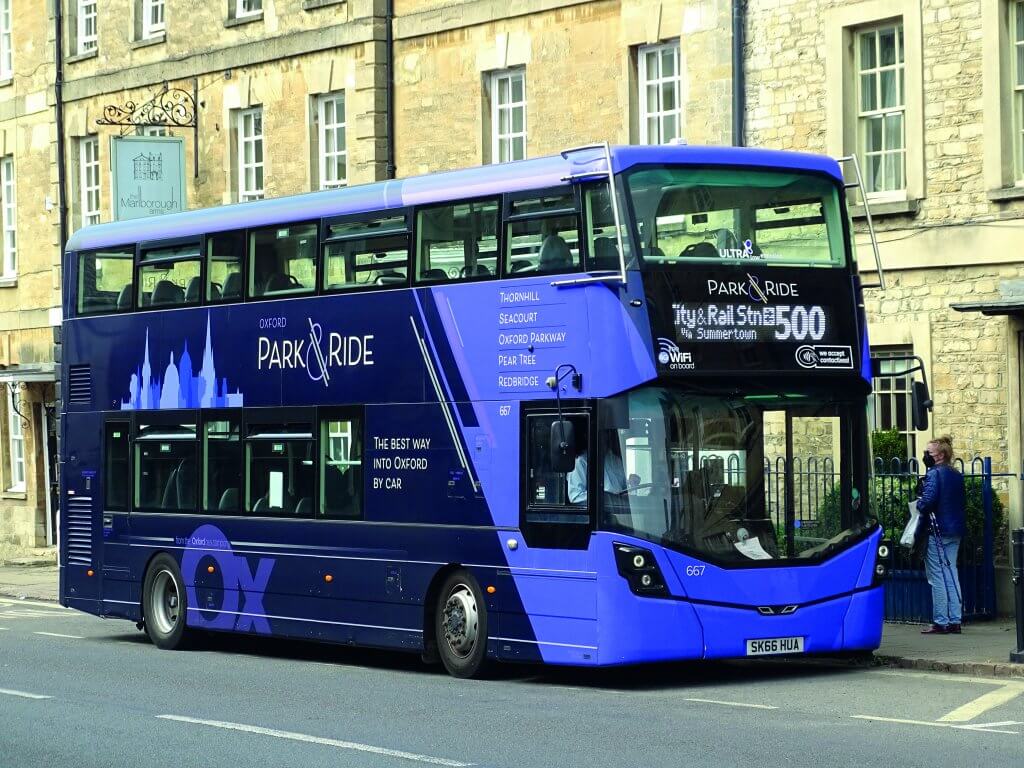 Oxford has taken a big step to redesign its network supply to deal with loss of sponsorship, declining funding and driver shortages, in line with what may come elsewhere in the industry as it shapes the post-epidemic future

The result of a major review of the Oxford bus network, conducted to secure services in the face of an unprecedented array of challenges, saw the Oxford County Council working with Oxford’s main bus providers to examine services across the city. Following a lower-than-usual number of passengers, reduced government funding and a national shortage of driving staff, the review examined how available resources can be balanced with the areas of greatest need.

As recommended in the government’s national bus strategy, the council has worked with operators to identify opportunities for streamlining by reducing unnecessary duplication, with the aim of putting the network on a more secure financial footing while minimizing the impact on passengers. The changes will take effect in the new year. Councilman Tim Birder, an Oxfordshire County Counciler for Highway Management, said: “Bus companies have done an amazing job of maintaining services at these unprecedented times, but government and epidemic decisions have created a perfect storm and our local operators have had to act. They have to deal with reduced funding. Government, the impact of the Covid-19 epidemic on the number of passengers, and the challenging situation of recruiting bus drivers.

“We are pleased to have been able to centralize the parties to arrange a coordinated approach to addressing these issues facing bus companies. Public transport is the key to our plans to get more people out of their cars. So we must first bring the network to a safer financial base while trying to achieve “A million pounds from the government’s national bus strategy fund to improve services in the long run.”

Changes in the operating area

Among the most significant changes will be more integrated access to services in the main radial corridors north and south of Oxford, with a single operator providing the main bus services to Kidlington and Rose Hill.

This means that the Oxford bus company will no longer serve the large Kiddlington village and the Banbury Road in Service 2, which is operated jointly with Stagecoach in Oxfordshire. Both of these locations serve the City of Oxford Motor Services (the current legal name of the Oxford Bus Company, first registered in 1921) and its predecessor, the City of Oxford Tram Company, since 1882, initially using horse-drawn trams to date. Like the South Parade, Banbury Road before the use of motorized buses from 1913. This corridor will only be served by Stagecoach as 2, 2A and 2B.

In addition, the Oxford bus company will also stop operating its Park & ​​Ride 500 service from Oxford to Woodstock through the Water Eaton Park & ​​Ride site. This service has been operated by the company since the opening of the park site and the ride in the early 2000s. Over the past few years Service 500 has been expanded beyond the park and travel facility to serve Blenhiem Palace in Woodstock. Stagecoach will continue to operate its 7 service from Oxford to Woodstock, but the service will now call the park & ​​ride website to offer the same frequency as is currently offered.
The combination of these two service changes means that the Oxford bus company will no longer serve the north-west quarter of the county, although its 6 service that serves Wolverhout and runs parallel to the Banbury Road will increase frequently every 15 minutes.

The River Rapids services of the Oxford bus division’s bus division, X39 / X40 from Oxford Reading, along with service 11 to Watlington, will be transferred to the Oxford bus company itself. This will be the first time the firm has been operating into Reading itself since operating jointly with Reading Buses in Service 105 in the 1990s.

Another major change will be that Stagecoach will stop serving the Rose Hill area in its joint service 3 with the Oxford bus company. Thames Transit (in the legal identity of Oxfordshire) has served this estate since the late 1980s, when the company was established and used Ford Transit minibuses in the body of the Llor under the name Oxford Minibus.

The large town of Abingdon, south of Oxford off the A34, will also cease to be served by Stagecoach. Thames Transit acquired South Midland, the former state area of ​​Oxford City, car services sold when the regulation was repealed, in 1989. Upon acquisition, the company had warehouses in Grove and Wantage, as it operated a large number of services in the area, these warehouses were subsequently closed In the first days of operation, but in the following years Stagecoach held a considerable number of routes to the southern district, but in recent years it has been reduced to only three routes; The 34, S8 and S9. The 34 and S9 will be removed by Stagecoach and replaced with a new Thames Travel X1 between Oxford, Abingdon, Harvel Campus and Wantage. Stagecoach will continue to operate its S9 service between Oxford, Botley, Grove and Wantage with increased frequency during the day, evenings and Sundays, following the development of significant housing in the area and a tender process supervised by the County Council.

In addition, Stagecoach will stop operating lines 12 and 16 between downtown Littlemore and Greater Leys, which are combined to provide a more sustainable level of service that better matches passenger numbers. The Oxford bus company will operate a new 5A service every 30 minutes Monday through Saturday, and every 60 minutes on Sunday.

Independent operator Whites Coaches’ Didcot 91, 92 and 93 city services will also stop operating. The new Thames 91 and 92 travel services will be introduced to provide a replacement for most of the services issued Monday through Friday during the day.

Phil Southhall, CEO of the Oxford Bus Company, said: “We very much appreciate the proactive approach taken by the Oxfordshire County Council in trying to support operators to stabilize the county bus network in very difficult times for public transport. industry. The announced changes will ensure the future of many important routes and will also open up a number of new travel options for bus users. “Three out of four bus users in Oxfordshire are now back on the bus after the removal of the Cubid-19 restrictions, and we look forward to seeing more customers return in the new year, as well as welcoming new customers to our services in the near future.”

Rachel Glimasi, CEO of Stagecoach West, said: “We encourage seeing more of our customers come back, however we need to be realistic and address the effects that Covid-19 has had on how and when our customers travel into and around a city. Stagecoach still supports the Oxford SmartZone program to provide flexibility in offering tickets to customers. We welcomed the opportunity to contact the Oxfordshire County Council to consider and agree on alternative solutions to how we operate our routes. We will be sad to say goodbye to some of our most loyal customers and know that our drivers will be equally disappointed as they were proud to serve our customers in areas where we will no longer operate. “

A Transport spokesman told the BBC: “We have provided £ 1.5 billion in emergency funding for bus services outside London, with £ 700,000 going directly to Oxfordshire. Our ambitious national bus strategy, launched earlier this year, sets out ways to improve services and connect better. Between communities when we build better than the plague. “