Germany’s Most Beautiful Train Routes That Can Be Explored for Just €9, According to DW 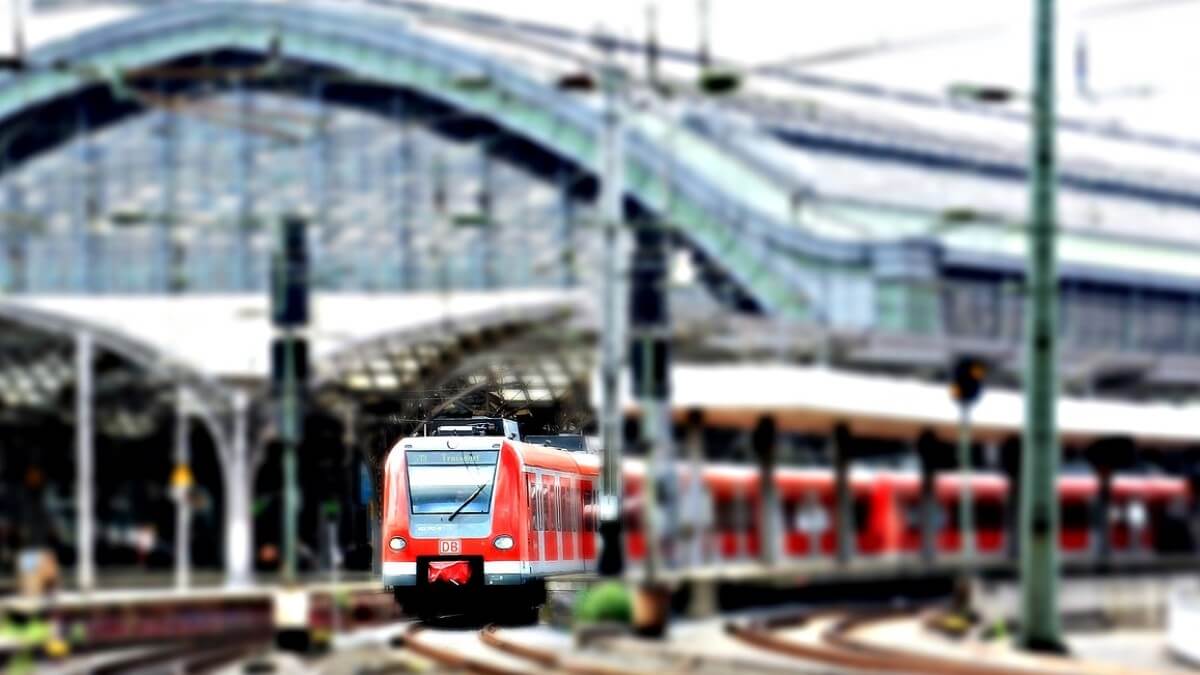 Deutsche Bahn (DB), which operates most trains in Germany, is now selling train tickets for only € 9, available for travel across Germany from June until August.

The German railway company announced the ticket as part of the so-called “Energy Cost Mitigation Package”, through which the federal government hopes to mitigate the sharp increases in energy and fuel prices as a result of inflation and the war in Ukraine.

The ticket is also valid for Deutsche Bahn transport means such as RB trains, RE trains, U-Bahn, S-Bahn, bus and tram, SchengenVisaInfo.com reports.

Following the ticket plan for public transport, Deutsche Welle has compiled a list of some of the most beautiful train routes, presented below.

A trip along the Rhine River will certainly be unforgettable as people will have the chance to see a natural landscape rich in castles, historic cities, and vineyards.

The Upper Middle Rhine Valley has been one of the main routes in terms of cultural exchange between Southern and Northern Europe for two millennia.

The 65km stretch of the Middle Rhine Valley is famous for its history and legend and has had a powerful influence on writers for centuries. This wine-growing area was also declared a UNESCO World Heritage Site in 2002.

Another train route that allows people to have an unforgettable experience is definitely the Moselle River in Germany. Moselle is the second-longest branch of the Rhine at 544km.

Deutsche Bahn runs the Moselle line from Koblenz to Trier. Apart from these, the low price makes it even more desirable to stop and taste local wines along the way.

While traveling along its shores, travelers first cross France, then can also visit Luxembourg and finally explore Germany.

The train that runs along Lake Constance in the south of the country makes this trip spectacular. By taking the RE5 train, passengers can cross from Stuttgart to the Bavarian town of Lindau.

After enjoying wildflower fields and nature, travelers can also feel the magic of the Alps before the final stop, and at the same time, after getting off the train, they can explore the beautiful old town of Lindau.

To get to know the uniqueness of the Island and Garden City, one has the opportunity to visit historic buildings, a well-preserved mediaeval old town, a famous harbor entrance, as well as shopping and bathing facilities.

A wise choice to enjoy a train ride is definitely making a trip from the Bavarian city of Munich to the beautiful Salzburg of Austria. The modern trains, which run on the Munich-Salzburg route, cover the distance in less than two hours.

Admirers of natural experiences can also take the train along the Alps to the beautiful Austrian city of Salzburg, a route on the Bavarian Meridian Line, which can also be traveled with the new free ticket.

Moreover, modern and fast trains are also well equipped and offer comfortable seats, ample luggage space and many departments to choose from.

Traveling from Hamburg to Sylt through the Deutsche Bahn is a quick and convenient way to explore northern Germany. With a Nord-Ostsee-Bahn wagon, the travel time is only three hours.

Starting from the famous Altona neighborhood in Hamburg, you can board the RE6 and go directly to this island which is known for the wonderful sand, swamp nature reserves, and outdoor activities.

Trains also offer passengers a generous space of seats, as well as other comforting furnishings like folding tables, reading lights, and air conditioning, which is especially useful in the hot summer months.

While exploring Saxon Switzerland of Germany and the impressive sandy rock formations by train, passengers can enjoy the breeze and the view.

A route where many climbers start their journey can easily take them along the Elbe River from Dresden to the town of Bad Schandau.

Travelers that would also like to explore the Czech side of the park can continue following this route to Decin, a town in the Czech Republic that is very popular.

From Gera to Cheb over the Göltzschtal Viaduct

For people who are passionate about trains, it will be a good opportunity and pleasure to cross Göltzsch Viaduct, known as the largest brick-built bridge in the world.

Trains like RB4 and RB2 cross this huge structure through the Elster Valley, from the train to Cheb in the Czech Republic.

Nevertheless, travelers are advised to be careful when planning a trip as the low price offers do not apply to the following trains:

Tegernsee lake area is another excellent option if you are looking to explore a tourist spot.

A truly magical place in Germany, surrounded by the Alps, can also be reached at the lowest price for 90 days in summer.

Meanwhile, starting from Munich, you can take the Bavarian land train (“Bayerische Oberlandbahn”) to two cities and the impressive lake, such as Gmund at the northern tip and the town Tegernsee, which is the last stop.

In addition, there are many small villages and lakes to explore in Southern Bavaria. Seeing the apples up close is also a key moment of exploring these villages.

Berlin to the Baltic Sea

Thanks to the cheap ticket, you can enjoy an easier trip than ever by visiting cities with unique architecture like Stralsund by regional trains north of the Baltic Sea coast. Stralsund was also declared a UNESCO World Heritage Site, known for the spectacular coastlines with beautiful sandy beaches and limestone cliffs on the islands of Usedom and Rügen.

Deutsche Bahn, however, has warned that it may not be possible to bring the bike when trains might be particularly crowded in August, so travelers may have to rent a bike to the destination they want to visit.b