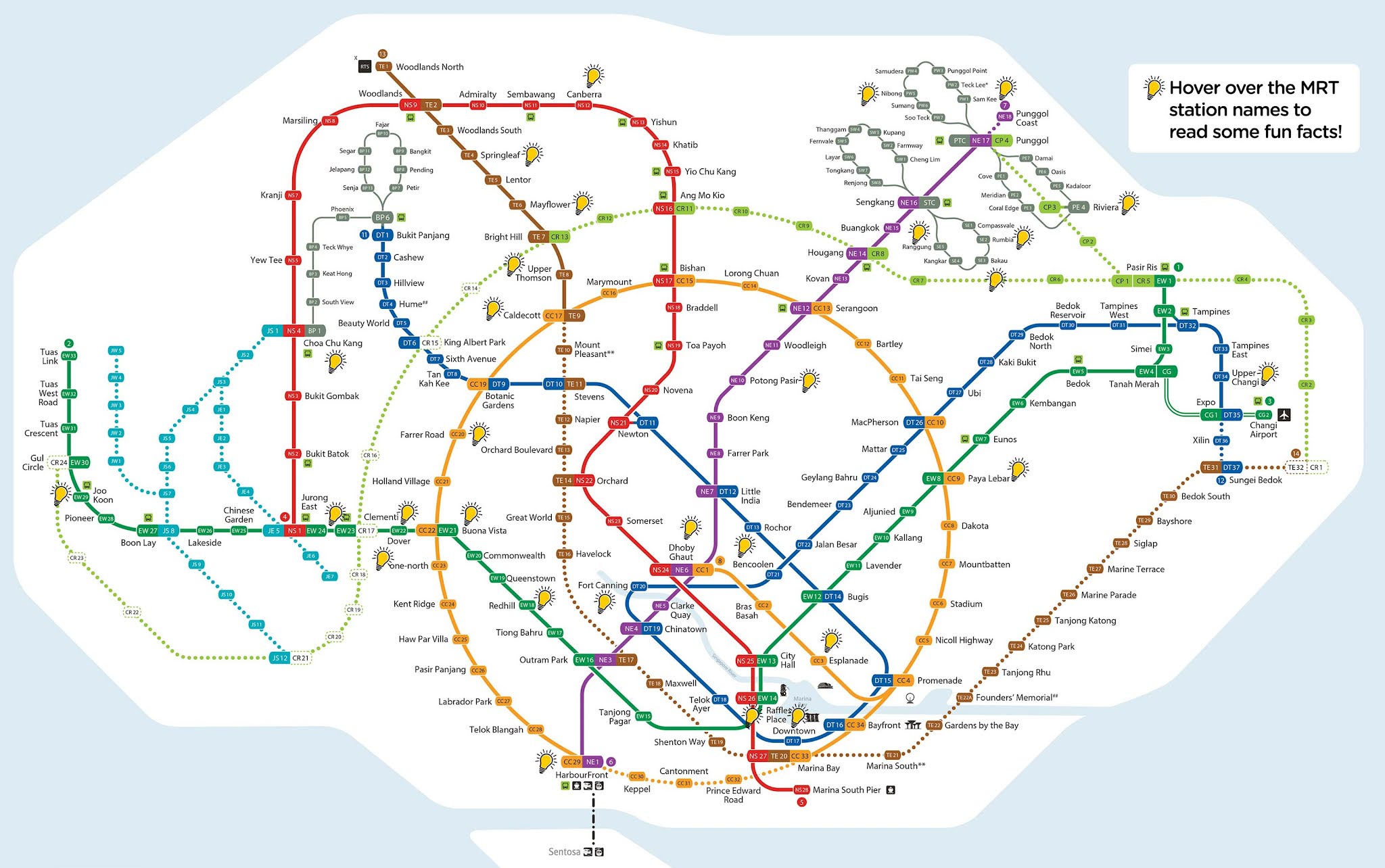 12 future MRT stations On Crosses the island line Were unveiled at a virtual exhibition of the Land Transport Authority.

In November 2021, LTA launched the A virtual exhibition “Connecting people, places and possibilities”.. A panel titled “MRT Network as the backbone of Public Transportation” presented a system map with alignment level2 Of the Island Cross line, marked by a dotted line with a lighter shade of green.

Important: These stations have not yet been agreed or announced by LTA as of November 2021, and no opening date has been set for any of the stations mentioned below.

Starting at the eastern end of the map, new CR1 Station interchanges with a future expansion of the Thomson-East Coast line, which is likely to be the future Changi Airport Terminal 5 station. The extension of the Thomson-East Coast line, was first mentioned in Land Transport Master Plan 2040, Which will extend the line from the end of Songai Check East to Tanah Merah, via Terminal 5 of Changi Airport and Expo.

Continue from Broad Hill Station, 11 new stations Trail towards the western end of the map, including 4 new interchange stations.

First announced in January 2013, e Crosses the island line Will connect with all radial lines, with a number of switching stations along its 30 stations significantly improving the connectivity of the railway network. In addition, it will provide an important rail link between the central, north-eastern and western regions.

Why it Matters More Than Ever